over 2 years ago by Manthri.lk - Research Team under in Infographics 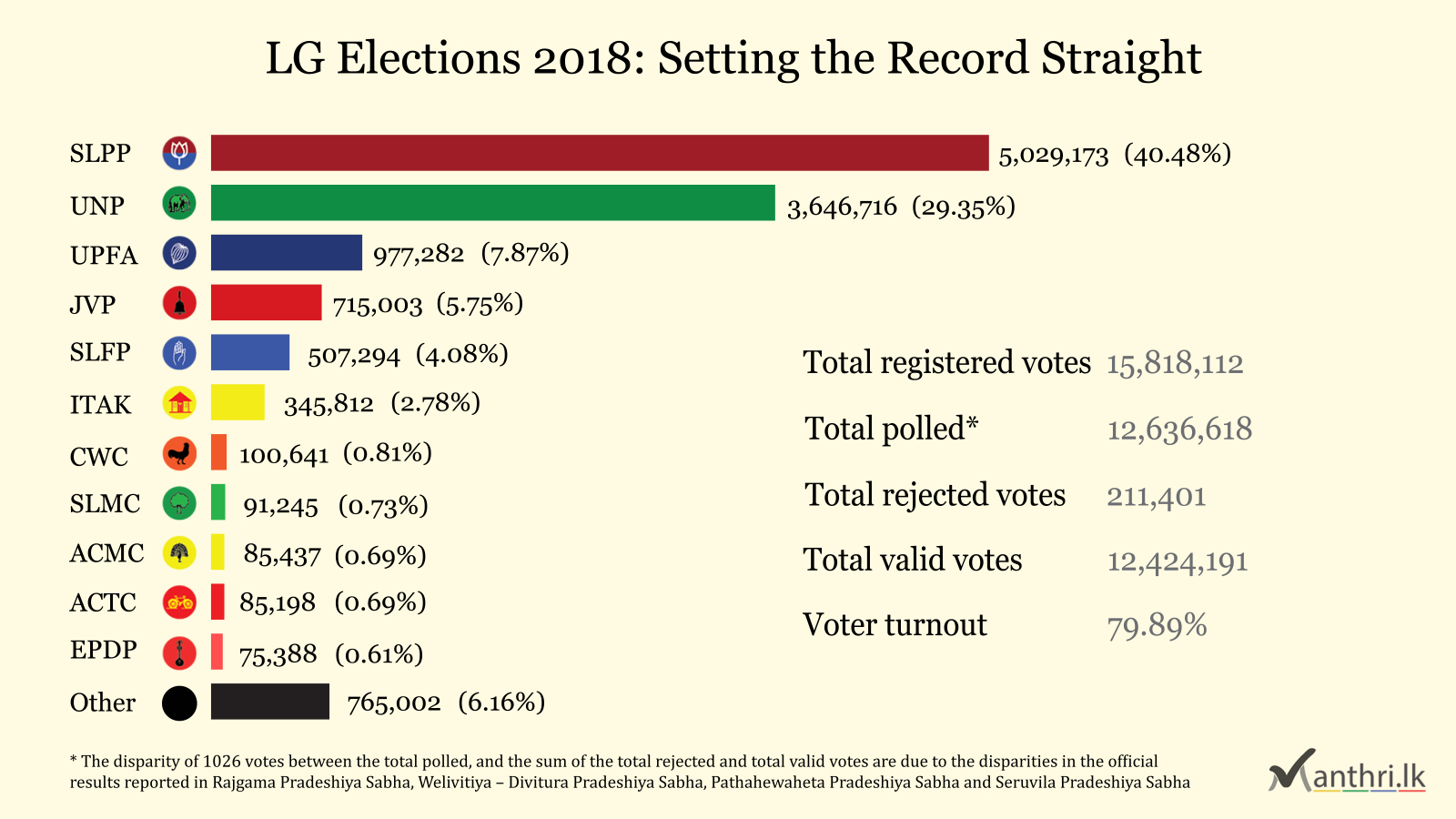 Manthri.lk has observed that results of the recent Local Government Elections are reported differently in various media. Most reports draw on initial media releases that only counted votes gained by the major parties, and provided averages based on that truncated data.

Manthri.lk has entered the complete set of results officially released by the government in election.news.lk, to build a full record of the election results. The numbers and percentages in this infographic are based on that official data. They vary quite significantly with what has been popularised through mainstream media.